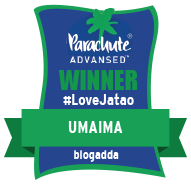 This post was selected as one of the Top 10 entries by Blogadda for the contest.

Nabeel has is maternal grandparents living in the same city while his paternal grandparents live in the same state. Today he cannot spend the day with any of them physically but since morning they have been on his mind. Post having wished them he has been busy selecting pictures (of him with his grandparents) to create a collage which he plans to gift them on their next meeting. Kids are enthusiastic especially when you ask them to do something for their grandparents, after all their relationship is so pure and honest!

It is commonly said that Grandparents spoil their grandchildren, which is true they spoil them real by showering true love and nothing but true love. I have been pampered by my grandparents and love seeing how Nabeel enjoys the same pampering from his grandparents.

Grandparents are magicians in true sense

In today’s world of nuclear parenting where the day starts and ends with parents, children year to spend time with their grandparents. Parents tend to be harsh and unreasonable at times but grandparents are always loving and caring. They have their own way of handling a situation and comforting the child. Grandparents are magicians in true sense. 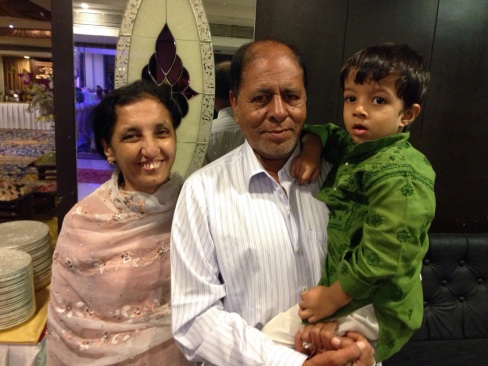 Nabeel is very much attached to his grandparents. Though he might not talk or meet them often but he misses them deeply. The spark in his eyes says it all when he learns that dada-dadi or nana-nani are coming home. I have seen him sob secretly when they leave and I have seen him throw all possible tantrums when they are around. I believe the bond Nabeel shares with his grandparents is very similar to what most grandparents and grandkids share – a bond of trust, respect and above all affection!

I look forward to hear from you how would you celebrate Grandparents Day. Do share a selfie with your grandparents on Sept. 10, 2017 on Twitter or Facebook with #LoveJatao & tag blogadda to win a goodie from Parachute Advansed.

Signing off with this video on Grandparents Day

I am participating in this contest by BlogAdda in association with Parachute Advansed.

Till then, Love Being a Mommy!

Liked the post? Go ahead and spread the word :-)

Please spare a few minutes, to tell me how you liked the post. Thanks Cancel reply

Be a part of Being a Mommy on FB

Be a part of Being a Mommy on FB

No. of readers before you